Bring Up the Lights! Everything You Need to Know About Broadway Reopening 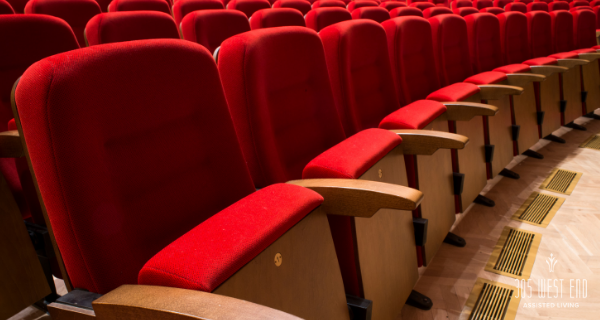 After being dimmed for over a year, the lights will once again shine on Broadway! Theatergoers are eagerly anticipating the return of live shows, which is planned for September 14th. We have a roundup of the shows that are returning and when, as well as the new productions scheduled to make their debut.

Lin-Manuel Miranda’s Tony Award-winning masterpiece will return to the Richard Rodgers Theatre on September 14th. Following the life of Alexander Hamilton and the events of the American Revolution, the hip hop musical continues to be a cultural sensation. If you want to be in the room where it happens, get your tickets now as they are already selling quickly!

Wicked has delighted audiences for nearly two decades. It follows the unlikely friendship between Elphaba and Galinda in the Land of Oz, before they became the Wicked Witch of the West and Glinda the Good Witch. Get ready to defy gravity… Wicked returns to the Gershwin Theatre on September 14th.

Based on Disney’s blockbuster movie, The Lion King first opened on Broadway in 1997 – thrilling audiences with its musical score, gorgeous costumes, and amazing puppeteering. Journey to Pride Rock and follow Simba as he discovers what it means to be a true king. The Lion King returns to the Minskoff Theatre on September 14th.

Dear Evan Hansen opened on Broadway in 2016 – quickly capturing the attention of critics and theatergoers. Evan Hansen is a high school student who suffers from social anxiety. At the suggestion of his therapist, he begins writing letters to himself. It was one of his letters and a tragic event that starts a chain of events where Evan finally has the opportunity to fit in but gets caught in a web of lies. It is a thought-provoking story about the power of social media, and the longing to be seen and accepted. Dear Evan Hansen returns to the Music Box Theatre on December 11th.

“Help is on the way dear!” Mrs. Doubtfire is a comedy musical based on the blockbuster movie featuring Robin Williams. Recently divorced, Daniel Hillard is an out-of-work actor who has also lost custody of his children. Desperate to spend time with them, he invents Euphegenia Doubtfire – a feisty nanny who teaches Daniel and his children about love and what it means to be a family. Mrs. Doubtfire is set to debut at the Stephen Sondheim Theatre on December 5th.

Diana: The Musical is one of Broadway’s most highly anticipated shows this season. From her courtship and marriage to Prince Charles to her relationship with the Queen and the British tabloids, Diana recounts the life of ‘The People’s Princess.’ Diana: The Musical will make its debut on December 16th.

Set in Louisiana during the early 1960s, Caroline, or Change is the poignant story of Caroline, a black single mother who works as a maid for the Gellman family. Grieving the loss of his mother and desperate for love, the Gellman’s son Noah befriends Caroline. Personal turmoil, as well as societal changes in the wake of JFK’s death and the end of segregation, challenge Caroline and Noah’s relationship. Uplifting and inspiring, Caroline, or Change makes its debut on October 27th.

Hugh Jackman assumes the role of Professor Harold Hill as The Music Man returns to Broadway. Harold Hill is a charming con man who sells instruments and uniforms to a small Midwestern town with a promise to help them develop into a band. In reality, he’s planning to leave town once he has the money in hand, and only the town librarian is wise to his schemes. This classic love story is set to open on February 10, 2022.

Enjoy additional resources and articles like these - see our podcast picks, or get tips on how to create the perfect low-maintenance indoor garden space.